Apple is looking into shifting a significant portion of its production to India from China, a move that would make the tech behemoth India’s largest exporter, according to a report from Indian news outlet The Economic Times

The iPhone maker is considering producing up to $40 billion worth of smartphones over the next five years through manufacturers Wistron and Foxconn, the Indian Economic Times reported, citing a government official.

The development comes as the coronavirus outbreak that began in Wuhan, China, disrupted supply lines for tech companies.

“India isn’t a big market for Apple as the company sells only a fraction of its total output in India. It is actually looking at India as a base to manufacture and export, essentially diversifying its production out of China,” an official told the Indian Economic Times.

Apple sells phones worth about $1.5 billion in India, of which about $500 million is manufactured locally, the report said. 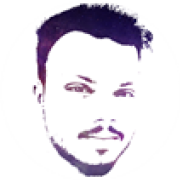